Olive and I wish everyone a happy new year! 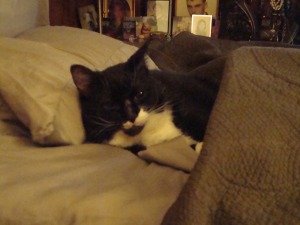 So I kicked off the birthday list by making cream cheese mints. As I mentioned in a previous post, Grandma Peg would mass-produce mints and my family would give out boxes of them at the holidays. I don’t have her recipe but I deduced from sleuth work via Google Images that her mints were most likely cream cheese mints.

I picked a random recipe and got to work today. 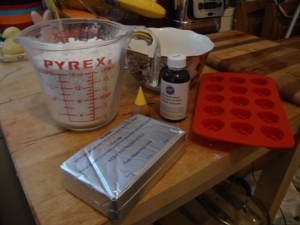 No wonder the mints taste good; they consist solely of cream cheese, powdered sugar, and granulated sugar. The only flavoring I had was lemon extract, so I decided to make yellow roses.

I used a hand mixer and tried valiantly to prevent cream cheese and sugar from flying to all corners of my kitchen. I succeeded for the most part.

The mints came out fine… 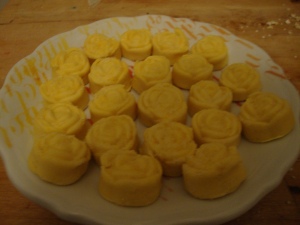 But, alas, they don’t taste like Grandma’s mints…! I guess I’ll have to try the other option Google gave me: butter mints.