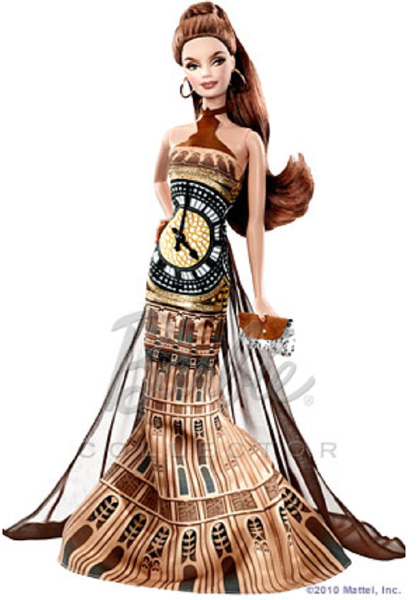 I just spent almost three hours online trying to find some African American dolls for my cheeto-lovin’ youngster who wanted “a lot of dolls.” I ended up buying a cute African American Barbie and Steven. I was looking everywhere, Target, Amazon, Mattel, Toys r Us, Kmart…and trying to decide: should I get her a Steven or a glam sofa complete with bunny slippers and laptop? Or do I get her a Barbie toy puppy, since she wanted a puppy???

After all of this, I had to find out the history of African American Barbie. Why was it so difficult to find multiracial Barbies? In my search, I learned fascinating tidbits, such as Barbie’s full name. Barbara Millicent Roberts. And that the creator’s children were named Barbara and Ken.

I am so tempted to buy a Barbie for myself. Like this one.

Or maybe Totally Tattoo Barbie. Holy shit, she has a lower back tat just like me!

I had a bazillion Barbies when I was a kid (thanks, Mom and Dad). My mom crocheted outfits! I can only picture two of them. One with reallllly long brown hair. And one whose hair got chopped off by either a friend at a sleepover, or by my brother. Can’t say for sure. Traumatizing.

I hope my 8-year-old in Roxbury, MA, has many fun hours with Barbie and Steven.

One thought on “Barbara Millicent Roberts”