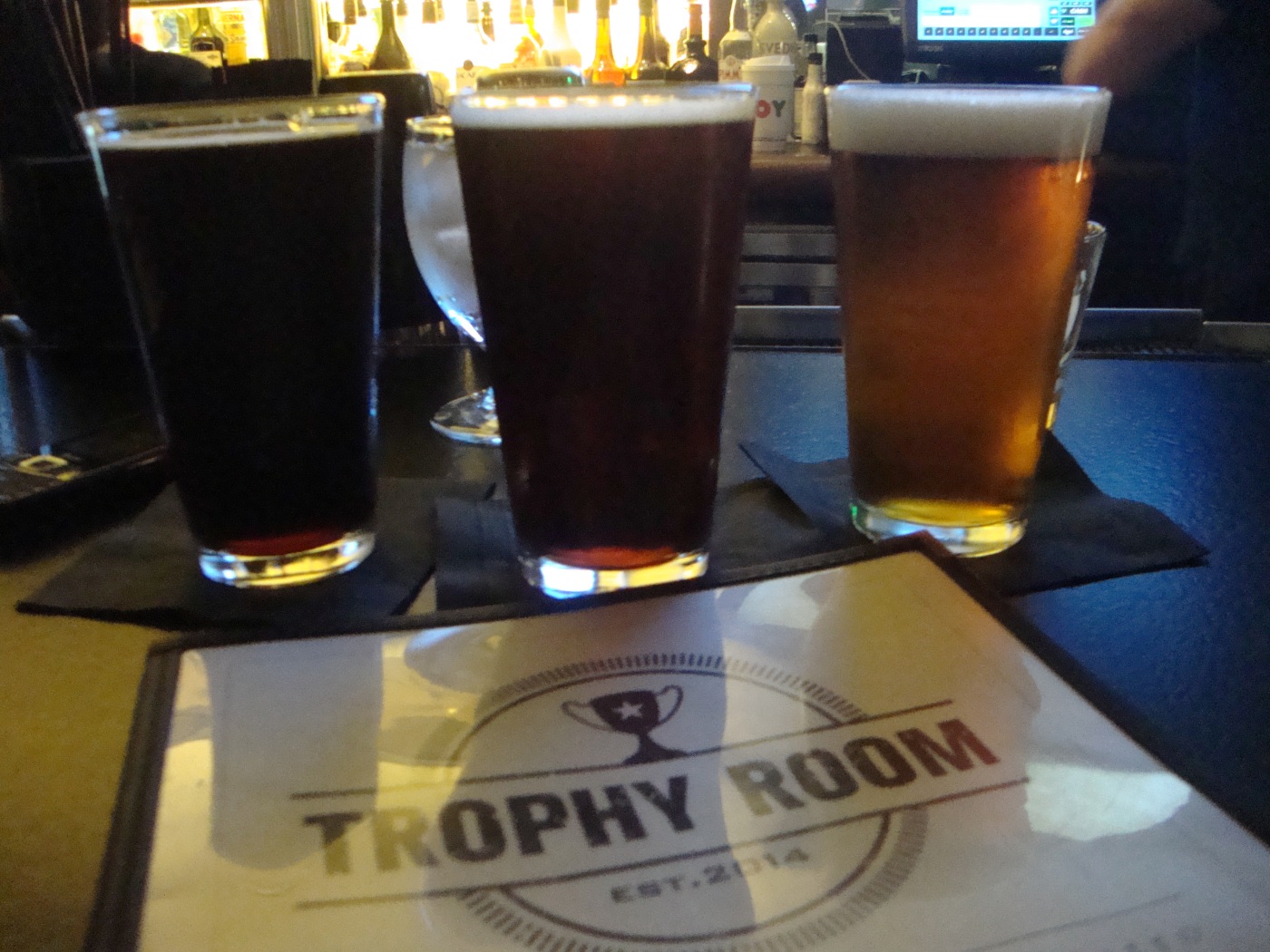 Last week, my peeps and I hit T and Z on the Alphabet Bar List.

Trophy Room is a new-ish bar/bistro. I forgot to ask why there were trophies lined along the top of the walls but the home page of its website handily explains the story.

I tried the Cisco Brewery’s Winter Shredder (middle). I ordered nachos for a snack and they happened to be the most sophisticated nachos I’ve ever eaten. I had not known that nachos could be sophisticated. The chips were different; the cheese was different; the black beans and corn were different…suffice it to say that they were not your ordinary nachos. The atmosphere was cozy and the bartender was cordial and helpful. A nice place. 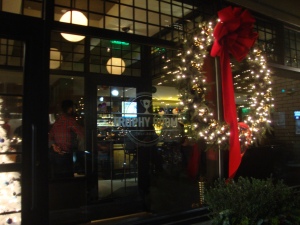 We headed to a Mexican place called Zocalo next. I’m not posting the link to the URL because when I just went to the site, all of the pages had weird German text on them. ?? If I recall correctly, there was only one craft beer on tap. But this is a tequila bar, so I guess I’ll forgive it. There were plenty of “cervezas,” so I tried Negro Modelo for the first time (I believe). I liked it more than the lighter cervezas.

The decor had some flair (dressed-up skeleton at the entrance, cute ceramic animals on the wall), which I enjoyed. I’ll return to try the food sometime. 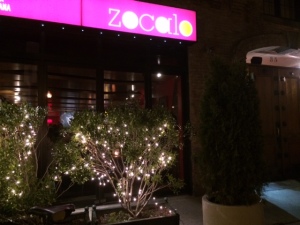 I have 12 bars left, so I’m officially halfway through the list. This is good since I have five months left to complete it!