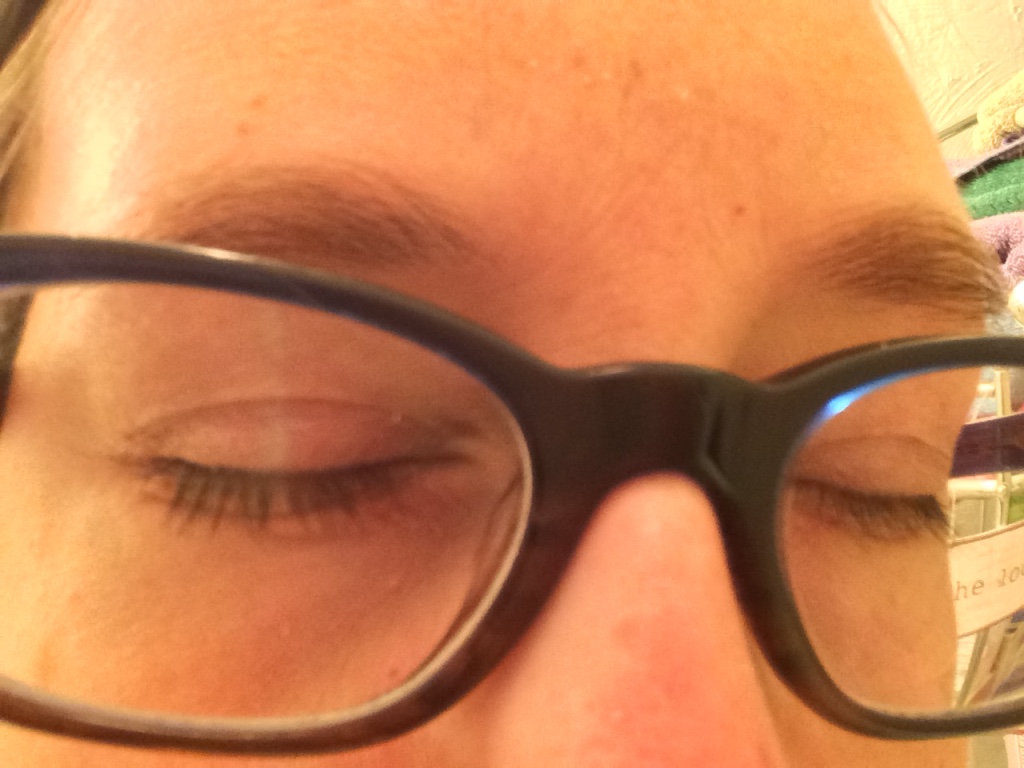 I’m very grateful for Groupon, LivingSocial, and Gilt City, because they have helped me with the birthday list over the years. They bring to my attention restaurants that I haven’t been to, attractions that I’ve never visited, body care procedures that I’ve never heard of…

Such as eyebrow tinting. Am I the only one who’d never heard of this before?

I rarely wear any semblance of makeup, but I do like to get the brows waxed and get manicures and pedicures once in a while. I’ve been getting my brows waxed at my mani/pedi salon, Glo Studios, lately, and two visits ago, the technician asked if I had gotten my brows threaded before. I said, “Nooo…,” trailing off on an apprehensive/fearful note.

She convinced me to try it by explaining that it was better for the skin and didn’t leave big red welts. I’m a convert!

When I saw a Gilt City coupon for brow threading and tinting at my salon, I snapped it up. I didn’t necessarily want the tinting to draw attention to the fact that my eyebrows have nothing in common with each other (i.e., one is shorter and thinner, one is higher than the other), but I gave it a shot in the name of the birthday list.

I kind of liked the tinting. My brows were a bit darker and thicker-looking, but the difference was subtle enough that I was happy with the result. I have two more threading and tinting sessions left on the Groupon, so by the third try, I’ll decide if I occasionally treat myself to tinting in the future.