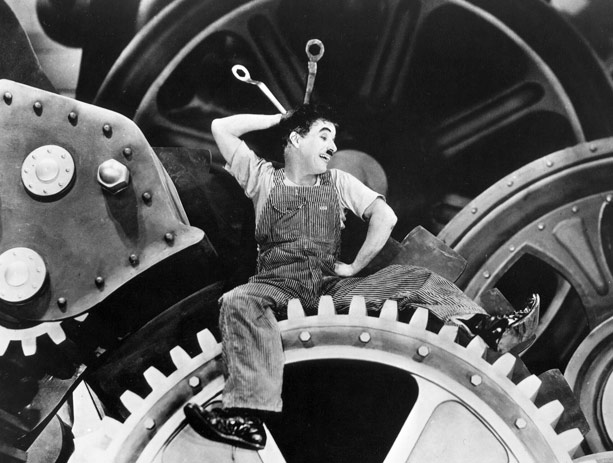 I’m officially done with the AFI’s Top 100 film list! I didn’t watch the films in order, and I couldn’t have planned a better final viewing: Charlie Chaplin’s Modern Times.

Chaplin plays a factory worker who has a breakdown caused by the monotony of being a cog in the industrialized machine. He gets himself into all kinds of comical scrapes, meets a girl, gets into more scrapes. Somehow he and his girl escape the scrapes and the film ends on a hopeful note.

I read that this film was supposed to be his first “talkie” but he decided to keep it silent to preserve the Little Tramp’s charming, childlike persona. Smart move.

If Chaplin were alive today, I wonder how he would poke subtle fun at the current society: even more industrialization, computers, smartphones, social media. He would have SO much good material.