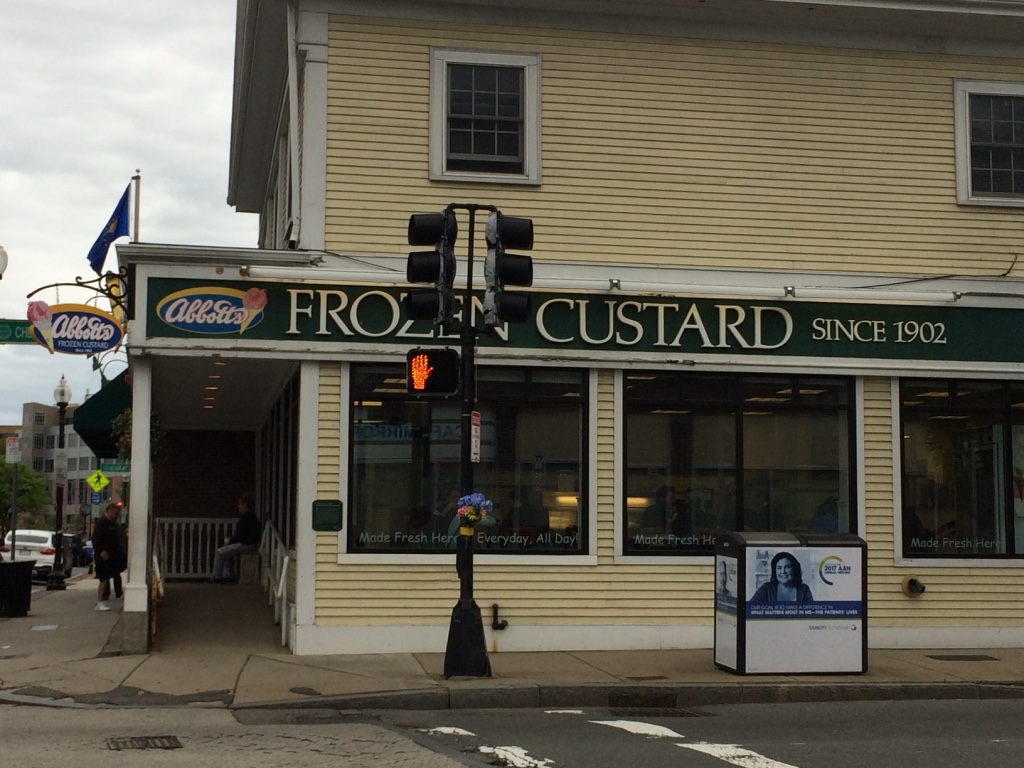 I’ve lived in the same general area of Boston for 16 years and have never owned a car. That partially explains why it took me so long to check out an ice cream (well, frozen custard) shop that is not accessible by subway. As a passenger in a car, I would ride by this ice cream shop possibly two or three times a year.

Every time, I would study the sign, Abbott’s, and wonder if it could be the same Abbott’s that I grew up with in Rochester, New York. The logo looked exactly the same. Nah… 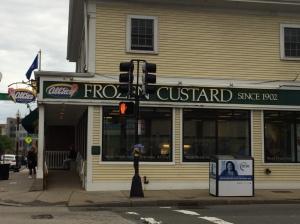 So this was the year that I found out that yes, it is the same Abbott’s! I didn’t have to ask to be sure, because this sign was hanging in the window: 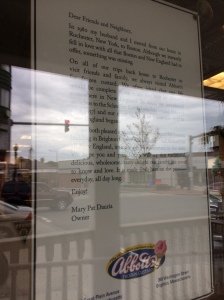 The glare makes the sign difficult to read, but basically, some Rochesterians moved here and missed the frozen custard so much that they convinced the owners to let them open a franchise.

Not only was there frozen custard, there were Zweigle’s white hots for sale! And there were pennants of Rochester universities on the wall! What a treat to find a taste of home in the backyard of my second home.

One thought on “A Taste of Home”