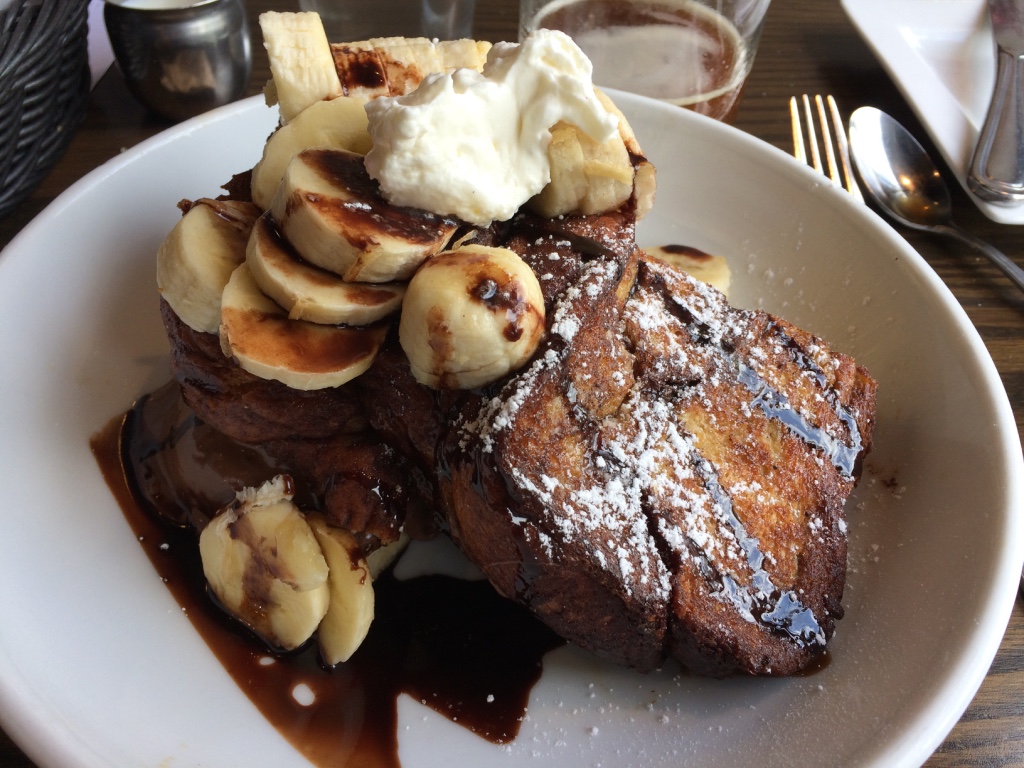 I tried two new-to-me restaurants in one day recently. Some friends and I met for brunch at Cafe Luna. I had never heard of it, and after eating there, I was shocked that I had never heard of it. Not only was the food delicious, but the waitstaff were so friendly that we felt like we were on vacation in another city!

I had Nutella and banana French toast. I need to eat French toast occasionally; it’s a need and it is real. 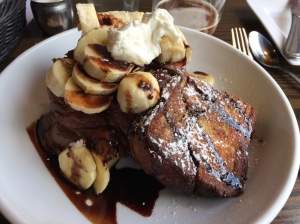 Boyfriend and I ate dinner that evening at Brewers Coalition. The ambiance was nice, like an upscale townie bar. We ordered beer flights, because we love to try new beers. I had a pasta and vegetables dish, which was very good (except they could have skipped the black beans, in my opinion). 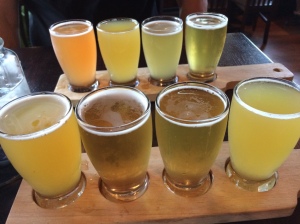 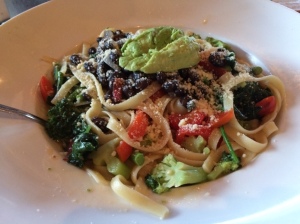 That day proved a good reminder to explore restaurants outside of your own neighborhood.