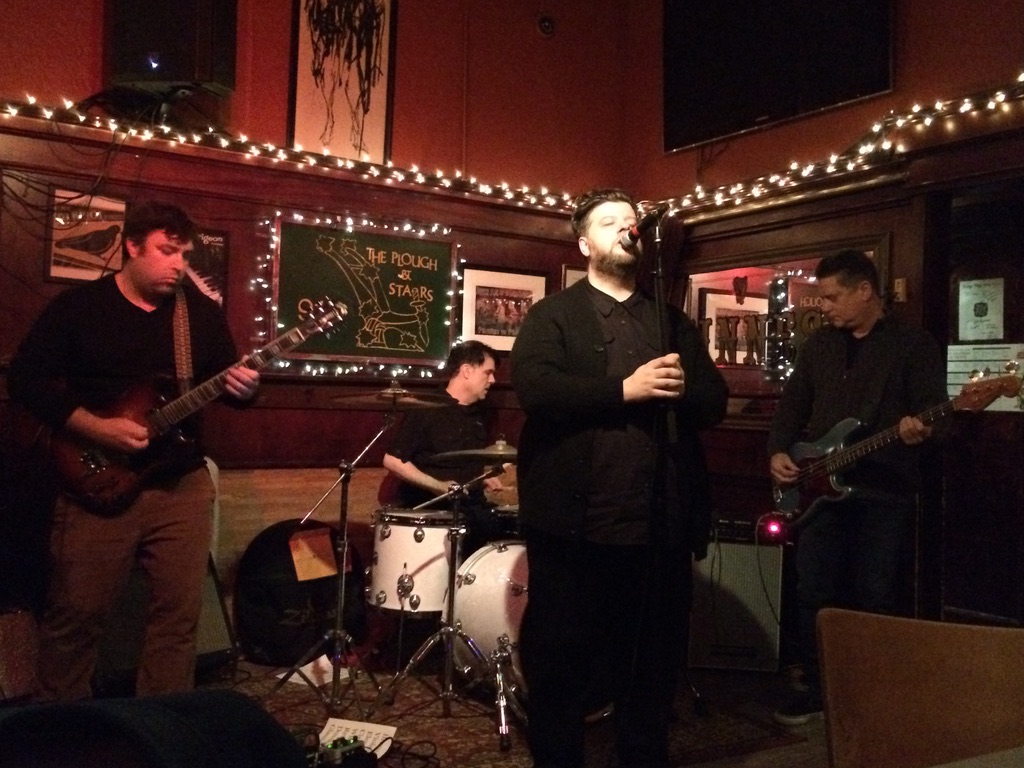 Well, it took me 20 years to make it to The Plough & Stars pub in Cambridge…but better late than never, right? I’ve heard about this place for probably 20 years, so I blame my late arrival on the fact that I live on the “other side of the [Charles] river.”

OK, I really have no excuse. I finally made it thanks to Allen’s band, The Milling Gowns, having a gig there. The pub is quite cozy, so it makes for an interesting live music venue. It was a late show on a weeknight, so there was only a handful of us in the pub.

What made my night was at the wee end, when a young, adorable couple wandered in. They came over to where the band was playing and started bopping their heads. Then they started dancing. I suddenly felt like I was watching a music video on MTV. Here’s a short clip:

The woman tried to get others to dance with them. She looked at me so earnestly; how could I say no? I jumped up and joined them, and we danced like we were three young friends, drunk on life and love. Well, THEY were young and drunk on life and love; I, however, was sober and not young the last time I checked. The night ended on this magical note and it will probably remain one of my most favorite Milling Gowns moments.

2 thoughts on “The Plough & Stars”