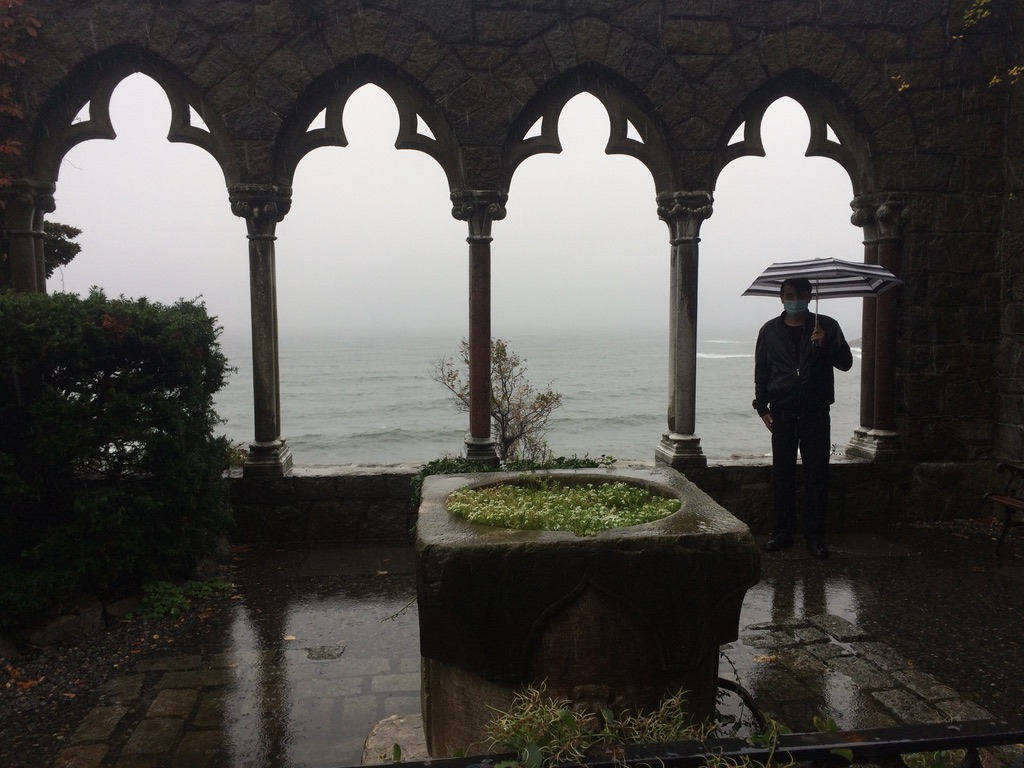 Allen and I spent a night in one of my favorite places, Rockport, MA, in the fall. We had our share of anxiety about traveling during the pandemic, but we were careful and spent most of our time outside. There were torrential rains on the day that we left, yet we still wanted to see or do something on our way out of town. So we bought tickets to tour the Hammond Castle Museum in Gloucester.

The museum limited the number of guests on each tour, and we were left to our own devices for most of the “tour,” so we wouldn’t be standing in a group for any length of time. The castle was built by John Hammond Jr. in the 1920s as a gift for his wife (but it was really for himself). He is a very interesting character. He was a bit of a genius and was awarded more than 400 patents.

The museum is an interesting mix of antiques and stunning architecture and displays about his patents and work with the federal government on naval weapons. One of the most impressive items in the museum’s collection is a huge pipe organ he had built, which was among the largest in the world at the time.

The museum is situated right on the ocean, so there must be some stunning views from the grounds. We were unable to walk around outside since it was raining so ferociously. I look forward to the post-pandemic day when we can return and fully explore this fascinating place.